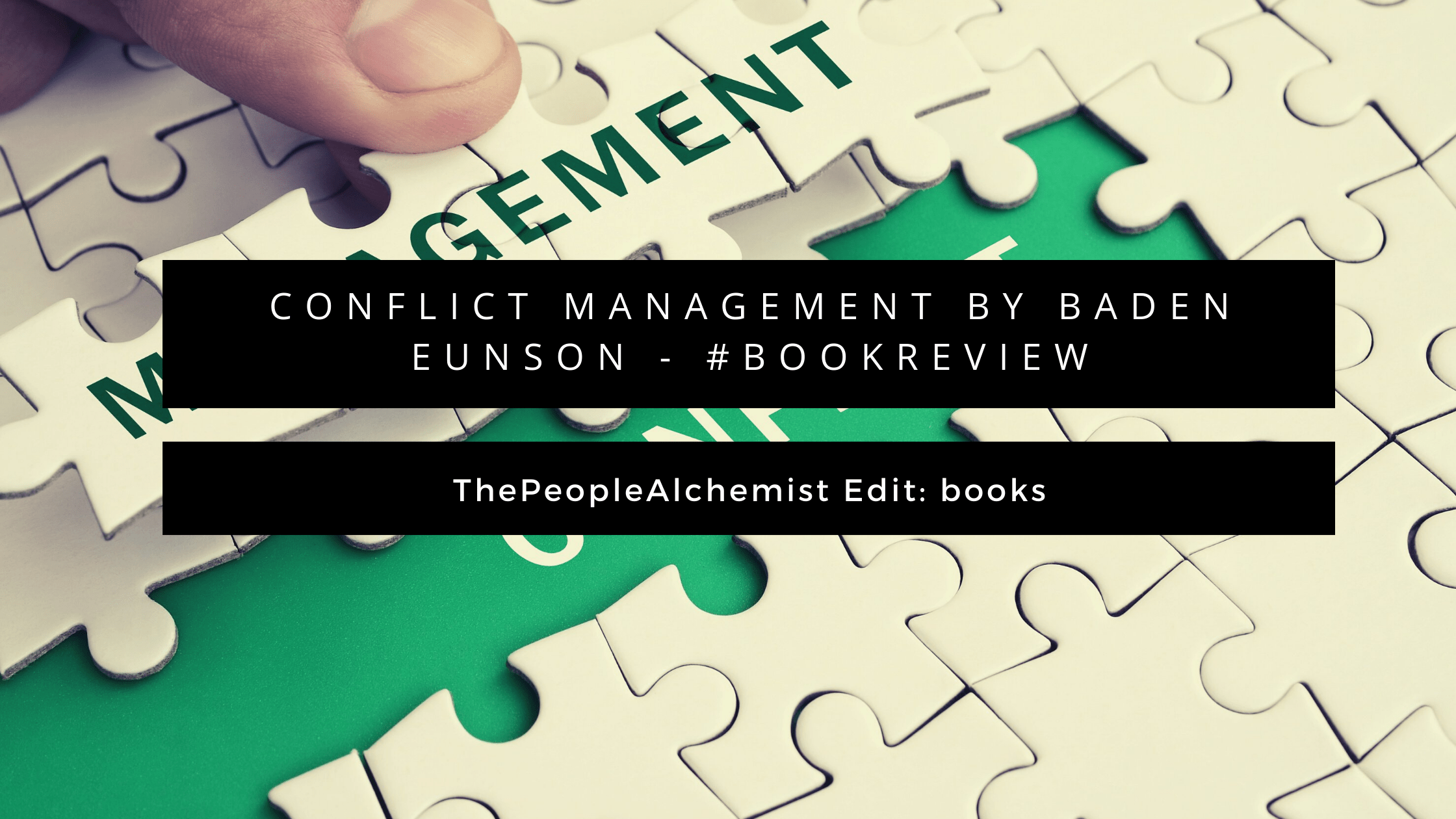 Author Baden Eunson in this book defines the topic of Conflict Management and breaks it down into easily digestible components. He analyses conflicts from various perspectives to show how they can evolve and build up strength. But he also explains how the involved parties can either gain from or succumb to the powers unleashed by conflict.

However conflict is an inherent part of personal relations. Even though it is stressful, it can serve a positive purpose. And since conflict can produce positive results, some negotiators actually create conflict. In fact, some people advocate managing conflict instead of resolving it.

Your ability to balance the other party’s concerns with your concerns shapes your conflict style.

These events escalate in a spiral, evolving from circumstances that often go unnoticed until they appear as full-blown public disagreements. As the conflict matures, it goes through certain stages. First, people tolerate the irritants that eventually lead to conflict. Secondly, over time, tolerance fades and resistance to the aggravating situation replaces it. In business, this spiral might begin with gossip. And then escalate into actual arguing and public expressions of anger. Finally this sets the stage for a critical incident to develop. Such as a physical confrontation or an accident that sparks a public reaction.

THE END STAGES OF CONFLICT

The end stages of the spiral involve pushing the other party to respond. Retaliation, which is usually intended to exact revenge, can spark another confrontation. Particularly if it is disproportionate. The highest spot on the spiral is overt violence. Commonly directed at an opponent. Or occasionally self-damaging. Along the way, the parties in the conflict engage in “selective perception,” focusing primarily on another person’s shortcomings. As the conflict spiral grows, the parties may begin to link related issues. Or former concerns to the current situation. Such linkages can accelerate the conflict.

HOW TO RESOLVE CONFLICT

However you can resolve conflicts with several established methods. The method you choose depends on the power balance between the parties, the intensity of the conflict, the goals involved. And each party’s willingness to negotiate.

Just as some events can escalate the conflict spiral, you can defuse conflicts by working down the spiral with a variety of techniques. Firstly offering simple apologies. Secondly asking forgiveness. Or finally praising the other party. Conflicts end when one party defeats the other, surrenders to the other. Or when the parties reach a stalemate.

Sometimes encouraging conflict is healthy. And prompting a showdown between parties can produce positive or “functional conflict.” This kind of conflict can encourage better communication and creativity. Organisations may benefit from this approach if they suffer from too many “yes” people, focus on consensus. And lack ideas. Or have managers who believe in simply perpetuating the illusion of functionality and peace inside the unit.

Conflict is part of modern game theory, complete with winners and losers. A zero-sum game has a winner and a loser. And in a positive-sum game, both parties win. But in a negative-sum game, they both lose.

This book is a highly understandable. It is practical guide to those who need help navigating through the minefield of conflict. And if you’d rather avoid a fight work out your differences in a more controlled atmosphere. Additionally Eunson dedicates a good portion of the book to the negotiating process. So you can decide whether you prefer bare-knuckles warfare. Or a more civilised alternative.

Conflict Management at its best!