It is Remembrance Day: We Shall Not Forget – Thank You for your sacrifice 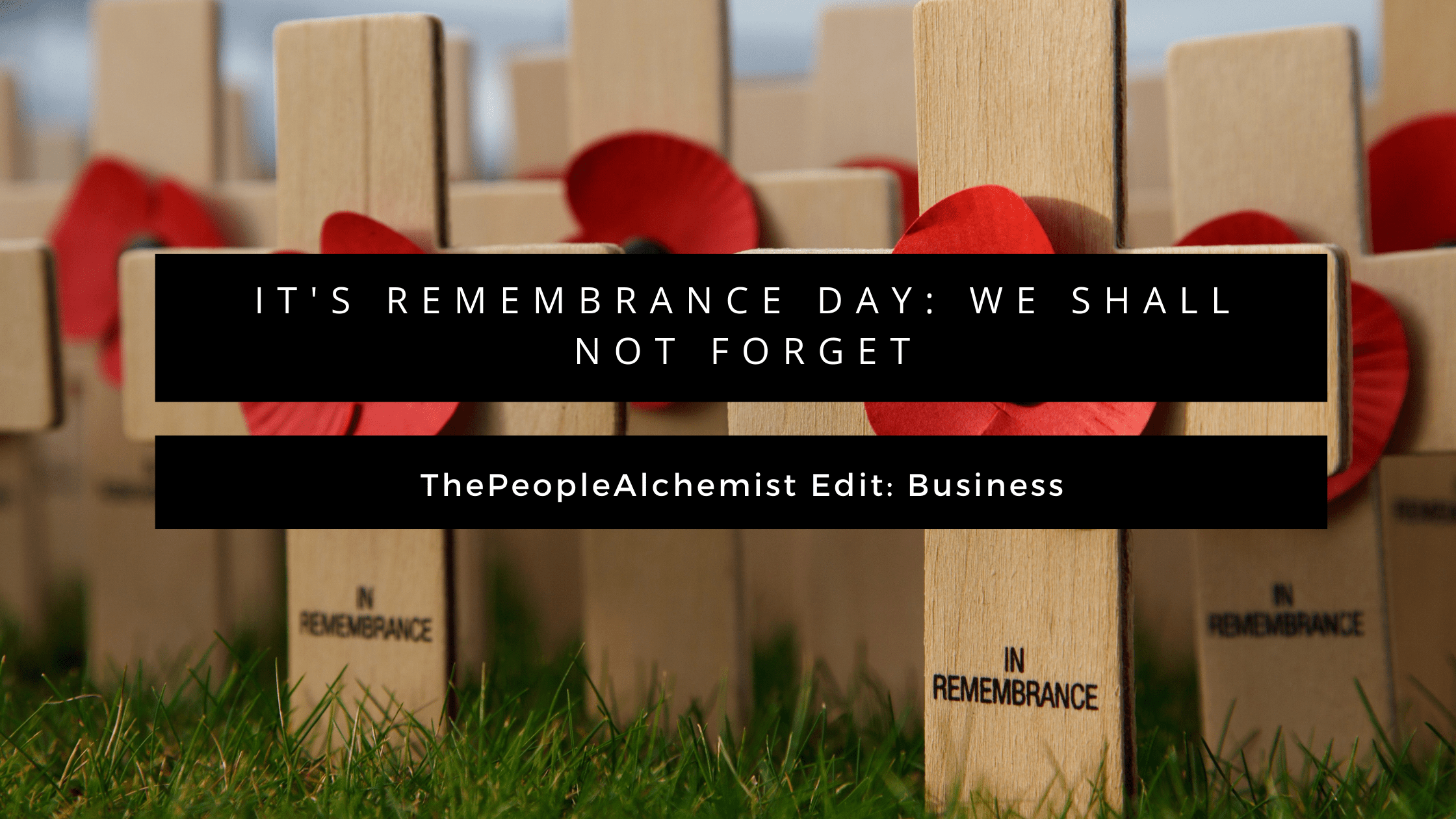 ThePeopleAlchemist Edit: Remembering the past makes for a better future

Armistice Day is on 11 November and is also known as Remembrance Day. This is because it marks the day World War One ended, at 11 am on the 11th day of the 11th month, back in 1918.

The anniversary is used to remember all the people who have died in wars. Not just World War One. The first two-minute silence in Britain was held on 11 November 1919, when King George V asked the public to observe a silence at 11 am. He requested so “the thoughts of everyone may be concentrated on reverent remembrance of the glorious dead”. So the poppy has a long association with Remembrance Day.

REMEMBRANCE DAY – WE SHALL NOT FORGET

The poppy’s significance as a lasting memorial symbol to the fallen was realised by the Canadian surgeon John McCrae in his poem In Flanders Fields. The poppy came to represent the immeasurable sacrifice made by his comrades. It quickly became a lasting memorial to those who died in World War One and later conflicts. Scarlet corn poppies grow naturally in conditions of disturbed earth throughout Western Europe. The destruction brought by the Napoleonic wars of the early 19th Century transformed bare land into fields of blood-red poppies, growing around the bodies of the fallen soldiers. Then, in late 1914, the fields of Northern France and Flanders were again ripped open as World War One raged through Europe’s heart. Once the conflict was over, the poppy was one of the only plants to grow on the otherwise barren battlefields.

I know that many people object to war and do not wish to “wear a poppy” for this reason.

To be fair, who likes war?

I strongly doubt the millions of soldiers on battlefields today or in the past or the fallen soldiers “liked” war. They did their duty and sacrifice/d their lives so that we can have today a democratic debate about it.

If you disagree with the war, sign a petition. Protest, march, and let your government know your voice.

So on this Armistice Day, Do NOT disrespect these courageous men and women who died for us. They only deserve our thanks.