With Theresa May And Jeremy Corbyn Now Holding ‘Constructive’ Talks Over Brexit , What Is The Secret To Success In Both Business And In Life: To Hold Onto A Single-Minded Vision Or Compromise? 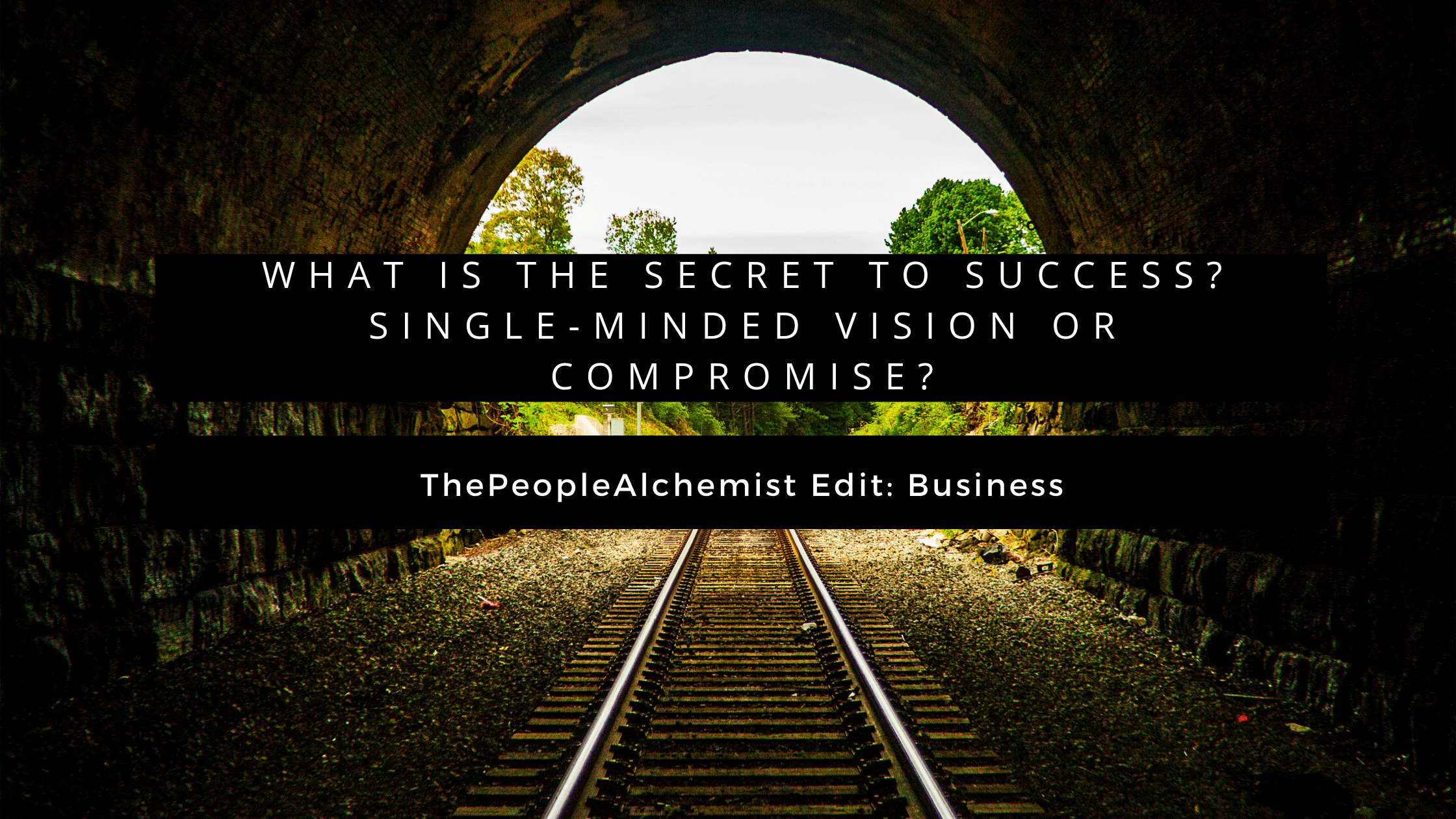 ThePeopleAlchemist Edit: what is the secret to success? Single-minded Vision Or Compromise?

Single-minded vision or compromise? Which is the key to success?

If you are living anywhere in the United Kingdom (heck, who am I kidding? anywhere else too..) you cannot have missed the Brexit soap-opera that unfolded in the last three years since the referendum in June 2016, soap opera with two distinct conflicting sides which led to some drama and just like a recurring television show, and big characters dramatic exits.

And now that the end is near (well, we might have a re-run or extension for another season, you never know;-p ) some big talks and potential comprise are on the horizon.

This made me think of life and business in more general terms and the questions that popped in my mind was what is the secret to success:

Stubbornness and focus in pursuit of your major goal/s in life are normally what will help in the achievement of those goals.

“You must be single-minded. Drive for the one thing on which you have decided”  – George S. Patton.

“I was a woman with a mission and single-minded in the pursuit of my dream” – Estee Lauder.

“Be stubborn on your long-term vision but flexible on the details” – Jeff Bezos.

What about you? What do you think? Which one has worked best for you in your experience? Let me know, it is good to talk.