Coco Chanel: a Business Woman ahead of her time 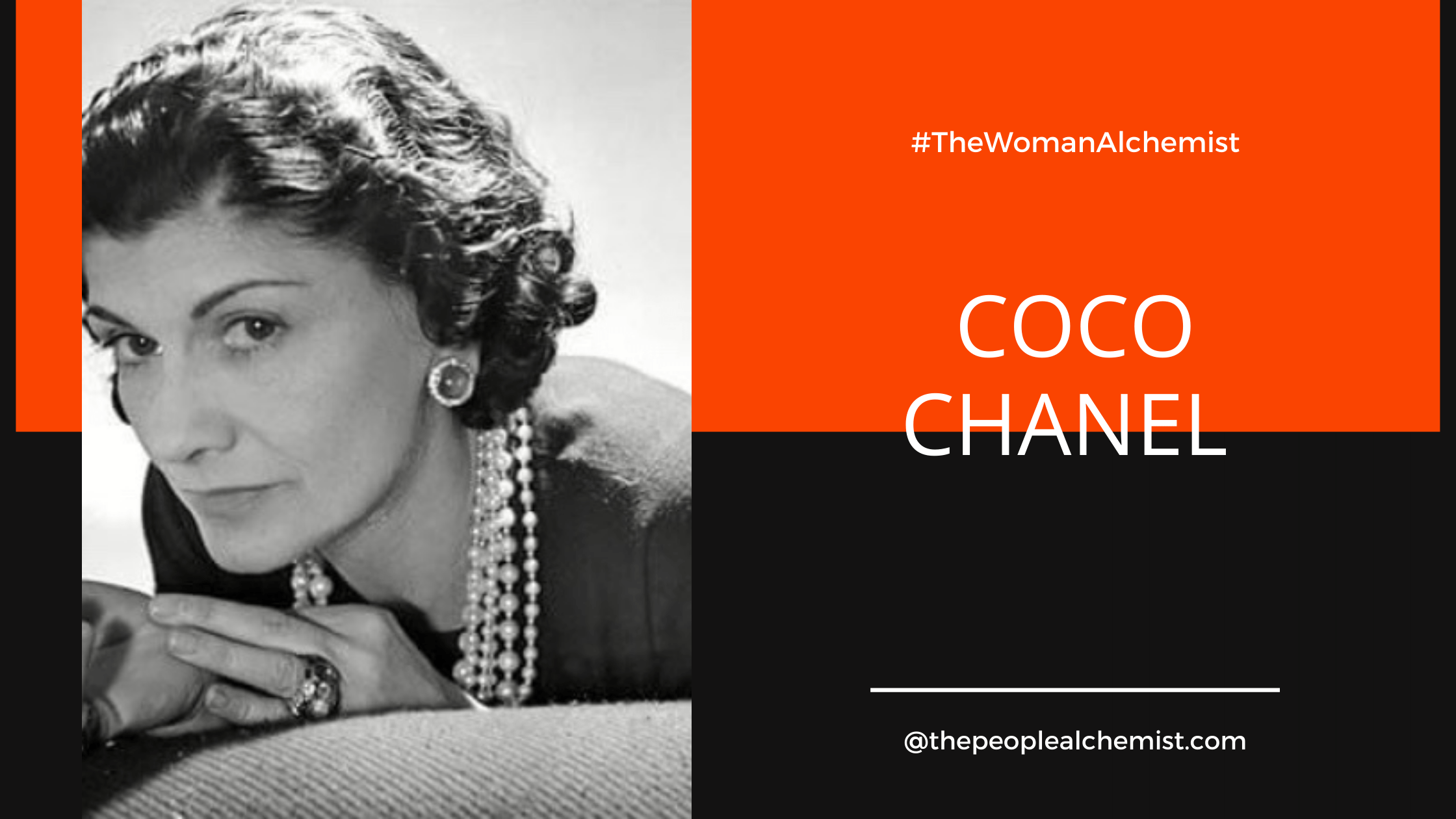 Welcome to my new feature monthly blog covering Women in Business who have inspired me. In the past and the present. These are my personal choice, women I have looked up to as examples, beacons of what is possible to achieve if you are really determined. They are not perfect women by any means. But I am who I am today because of them, so this is my thank you.

The featured woman for this month is Coco Chanel as the 10 January marks the anniversary of her death (19 August 1883 – 10 January 1971). So it seemed like a good one to start with. She was the founder and namesake of the Chanel brand and a businesswoman ahead of her time. She catapulted to social prominence in French high society, thanks to the connections she made through her work. These included many artists to whom she became a patron.

With her trademark suits and little black dresses, Coco Chanel created timeless designs still popular today. She herself became a style icon known for her simple yet sophisticated outfits paired with great accessories, such as costume pearls. And lots of them. As Chanel once said, “luxury must be comfortable; otherwise, it is not luxury.”

Chanel was credited with liberating women from the constraints of the corset and popularizing a sporty, casual chic as the feminine standard of style. Ralph Lauren & Michael Kors come to mind here, non?
Chanel also extended her influence beyond couture clothing, realising her design aesthetic in jewellery, handbags, and fragrance. Her signature scent, Chanel No. 5, has become an iconic product. She is the only fashion designer listed on TIME magazine’s list of the 100 most influential people of the 20th century.

THE ALLEGATIONS AGAINST COCO CHANEL

There are many rumours/allegations about Chanel’s activities in the course of the German occupation of France during World War II. Too comfortable with the Germans. One of Chanel’s lovers was a German military officer, Hans Gunther von Dinklage. After the war ended, Chanel was interrogated about her relationship with von Dincklage. But she was not charged as a collaborator. After several years in Switzerland after the war, she returned to Paris and revived her fashion house.
When her biographer (well, one of many) Hal Vaughan’s book was published in August 2011, his disclosure of the contents of recently declassified military intelligence documents generated considerable controversy about Chanel’s activities. The House of Chanel issued a statement which “refuted the claim” (of espionage). “What’s certain is that she had a relationship with a German aristocrat during the War. Clearly, it wasn’t the best period to have a love story with a German even if Baron von Dincklage was English by his mother and she (Chanel) knew him before the War.”

EASY TO BE CRITICAL

I’m not a biographer, and my intent here is not to narrate her life’s story. However, many books are covering it already  (Amazon is a good place to find them).
I can summarise what Coco Chanel has meant and means to me as a woman/businesswoman. Besides the obvious iconic bags, fashion, custom jewellery, etc. etc. By using a couple of her famous phrases, “My life didn’t please me, so I created my life”  and “A girl should be two things: who and what she wants”  plus “The most courageous act is still to think for yourself. Aloud”.
Yes, she had lovers who helped her. And she repaid them. So what? If a man had done the same, would we question his genius and achievements?
Yes, one of her lovers was a German officer during the war. Not an inspired choice, I know, but she was not charged with espionage or any other crimes. I follow the principle of innocent until proven guilty. And she was not proven guilty ( and we do know that post-WWII in France collaboration was a big deal – and still is).
It is easy to judge from the comfort of our sitting room with a nice cup of tea, with the wisdom of now and from the point of safety …
This is a woman born into poverty when women were not exactly on equal footing with men, who built a property and fashion empire. And whose legacy and influence are still visible today.
This is why Coco Chanel is one of my heroes.  For showing me that Yes, I can be who and what I want. And I can create my life exactly as I want it to be.
Mademoiselle Chanel, Je vous remercie xxx
← OLDER POST NEWER POST →