The Story of My Life by Helen Keller – #TheWomanAlchemist Monthly Feature 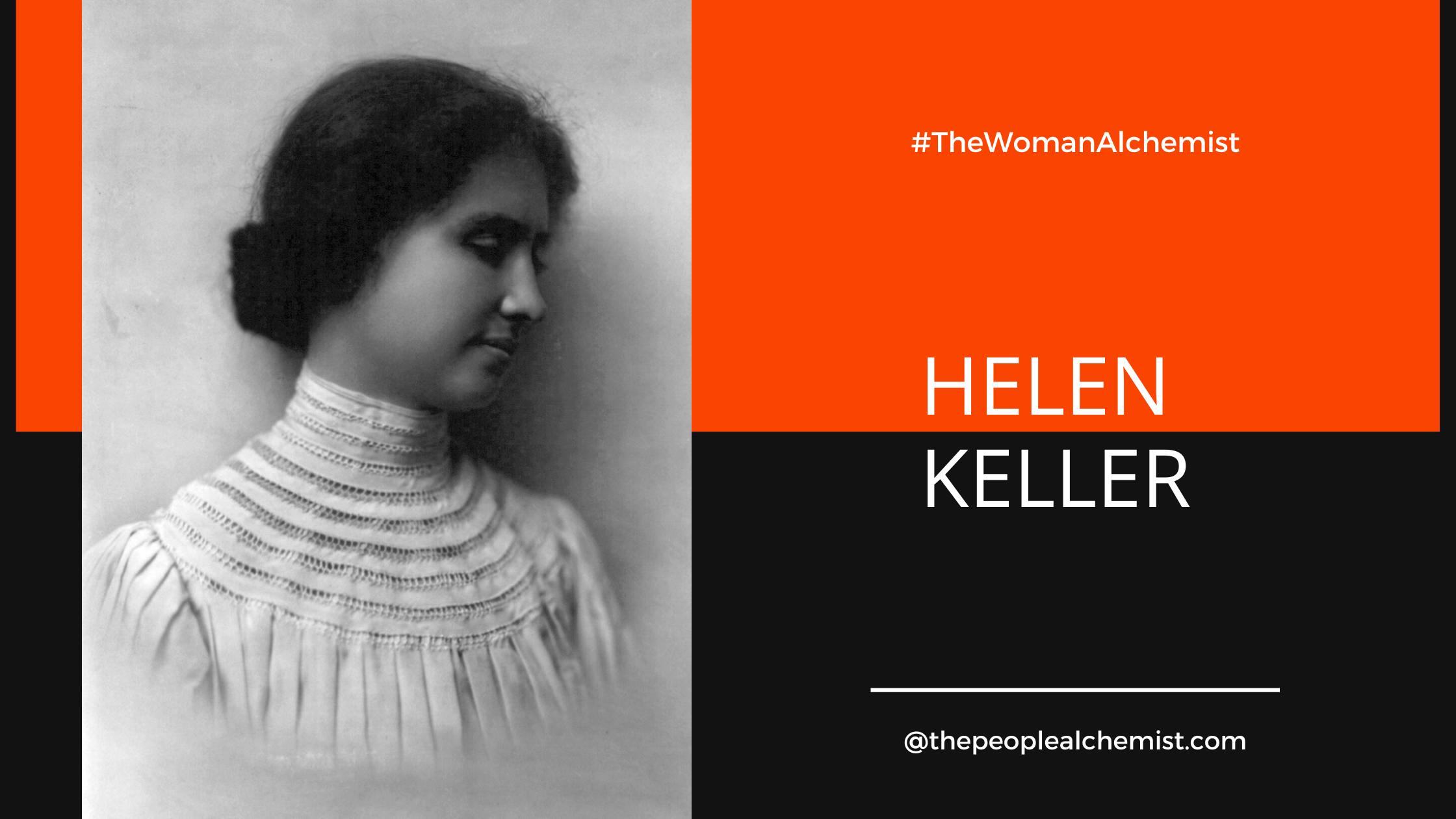 Hello and welcome to #TheWomanAlchemist monthly feature for June. My tribute to women writers powers on with Helen Keller, an American author, lecturer and activist for the rights of blind and deaf people.

Hellen Keller was born in Alabama, the U.S., on June 27 1880; she became blind and deaf after being affected by an illness when she was 19 months old.

When she was six, Alexander Graham Bell examined her and then recommended that she start working with Anne Sullivan (Macy), a teacher from the Perkins Institution for the Blind in Boston. Sullivan worked with Keller from 1887 until she died in 1936.

The impact she had was remarkable: within months, Keller had learned to feel objects and associate them with words spelt out by finger signals on her palm, read sentences by feeling raised words on cardboard and make sentences by arranging words in a frame. She spent a couple of years learning Braille at the Perkins Institution, after which she began a slow process of learning to speak and lip-read.

As a young woman, Keller began to write about blindness, a taboo subject at the time because of the association of many cases with venereal disease. Her articles were published in the Ladies’ Home Journal, The Century, McClure’s, and The Atlantic Monthly.

She also documented her life in several books:

With the help of an interpreter, she began lecturing on behalf of the American Foundation for the Blind. Moreover, her lecture tours took her several times around the world. She co-founded the American Civil Liberties Union with American civil rights activist Roger Nash Baldwin and others in 1920. Her measures to improve the treatment of the deaf and the blind were significant in removing the disabled from asylums. She also prompted the organization of commissions for the blind in 30 states by 1937.

ON THE STAGE AND SCREEN

The Miracle Worker (1959), a play by William Gibson, depicted her childhood training with Sullivan. The play won the 1960 Pulitzer Prize and was subsequently adapted into a motion picture (1962) that won two Academy Awards.

THE STORY OF MY LIFE

The Story of My Life is one of the most inspiring stories I have ever read. The book is Helen Keller’s story—complex, poignant, and filled with love.

This autobiography reveals the heart, labours and joys of a fantastic woman/human being, including that unforgettable moment when she finally comprehends that Anne’s finger-spelt letters w-a-t-e-r mean the fluid rushing over her hand. Her victory over her blindness and deafness.

Her sincere and eloquent memoir is profoundly moving for the sighted and the blind, the deaf and the hearing. She showed the world there are no boundaries to courage and faith. Perseverance is the key.

I’ve chosen Keller because of her excellent writing, but most importantly, for her activism to improve the lives of deaf and blind people. She was a trailblazer and a perfect example that if you want to change things, you need to be the change.

So Happy Birthday, Helen Keller, and thank you for your contribution to writing and life.

Let me know who is your favourite woman writer in the comments. I’ll see you next month with #TheWomanAlchemis feature for July. Can you guess who she is?