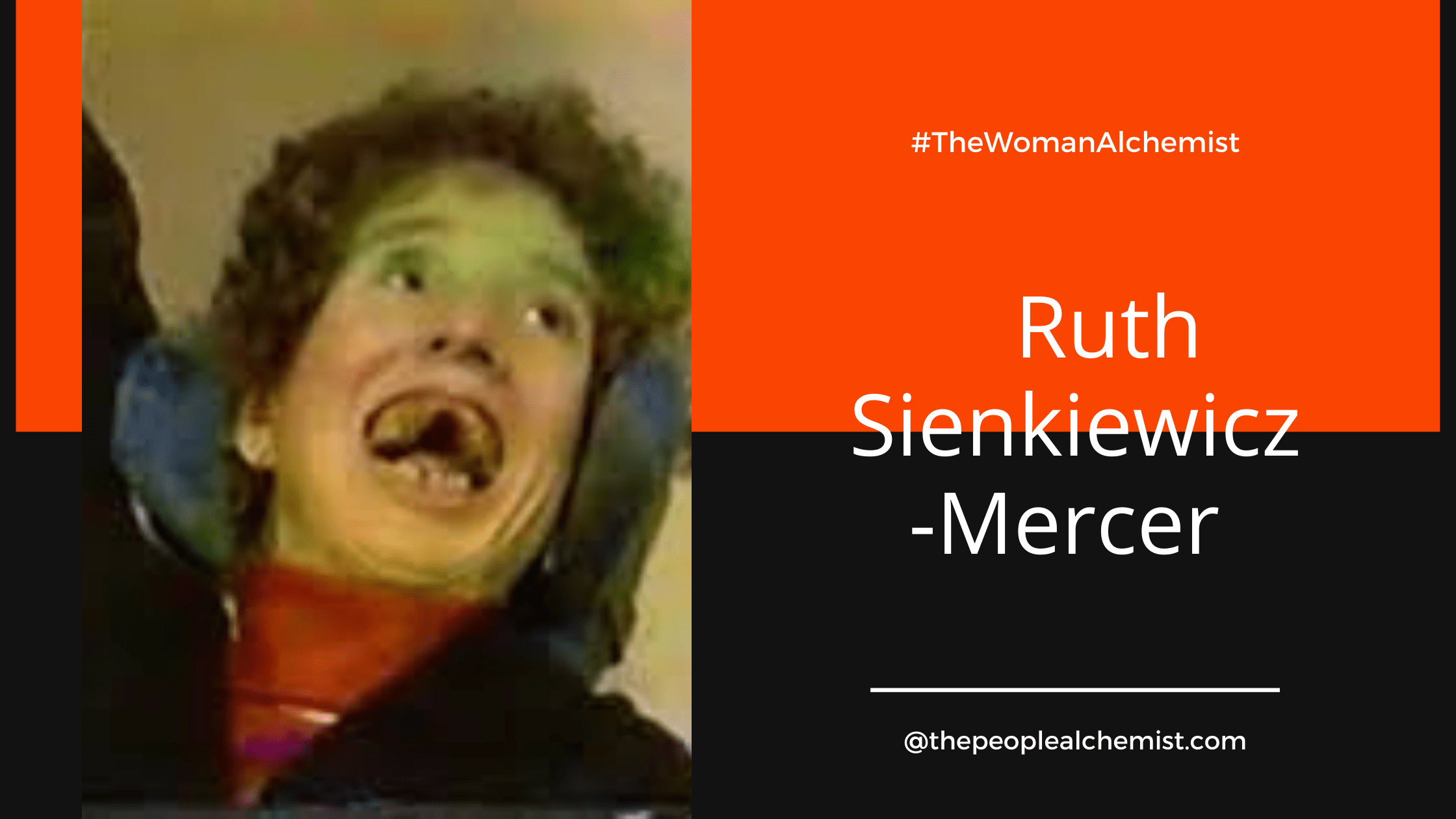 Ruth Sienkiewicz-Mercer is October’s #TheWomanAlchemist monthly feature, and “I raise my eyes and say yes” is her story.
Despite being severely disabled, she became an inspiring disabled rights activist & published a moving book about her life. This truly remarkable woman shows us all that, despite what life throws at you, whatever real or perceived limitations, our only actual limit is ourselves—a Woman Alchemist.

Ruth was born a healthy baby until, at just five weeks old, she became very ill. However, it was not until after her first birthday that her parents realised that she was not developing the way other children her age were. After tests at the hospital, Ruth was diagnosed with cerebral palsy, resulting from the illness she had had as a baby (encephalitis), which had affected her brain.

Ruth was almost entirely paralysed and would need continuous care. She could still move some of the muscles in her face, roll her eyes and make different sounds but would never be able to speak. To begin with, Ruth lived at home with her family caring for her.

They developed a simple way of communicating with Ruth where she would look up to say ‘yes’ and purse her lips to say ‘no’. Despite this, when she was six years old, doctors examining and ‘testing’ Ruth labelled her an ‘imbecile’, can you imagine? Of course, we wouldn’t use this word today but at that time (the 1950s) meant they believed she had a severe mental disability, as well as physical.

Ruth moved to the Belchertown State School, an institution for the physically and mentally disabled, in 1962, aged 11. It was the beginning of a desperate time for Ruth. The staff ignored her, force-fed her, left her in nappies (diapers) and kept her lying on a bed with no stimulation. No one even tried to communicate because they assumed that the eyes-yes-and-no signals were mindless gesticulations. As a result, she was ‘voiceless.’

Note to self: N-EV-E-R assume!

This misery went on for years until one day; a chance happening began to turn things around. One of the nurses on duty made a joke and noticed that Ruth appeared to have laughed!  The nurse realised that Ruth could respond to her questions using her facial muscles and eye movements.

After this breakthrough, things began to improve. Ruth was moved to a wheelchair, adequately dressed (one would think these are fundamental human rights). She also began communicating with her carers using boards with pictures, words or letters and watching for Ruth’s signals for the words she wanted to use. In this way, people learnt to communicate with her, and for the first time, she was able to express herself.

Ruth began to flourish and, in 1978, finally left Belchertown, moving into an assisted living unit with others from the school away from a life of misery and pain to a life of independent living. Ruth fell in love with, and in 1980 married, a fellow ex-patient from Belchertown, and they moved into their own flat together, assisted by personal carers.

I Raise My Eyes to Say Yes was published in 1989, and Ruth’s story was told worldwide. Ruth became a disability rights activist and, with the help of an electronic speech synthesiser, she was able to deliver powerful speeches which she composed. She told people about her experiences and fought for the right of disabled people to be treated with dignity and respect. She appeared on television programmes, was interviewed for magazines and spoke in front of countless audiences.

Belchertown State School became known for its inhumane treatment of patients, with many others speaking out as Ruth had. As a result, several lawsuits were filed against it, and in 1992, in part due to Ruth’s activism, it was closed down for good.

Ruth died in 1998, but she left behind her a powerful legacy and incredible story.

From now on, every time you find a reason why you “cannot” do something/achieve something, remember Ruth. Your only limit is YOU.

I RAISE MY EYES TO SAY YES 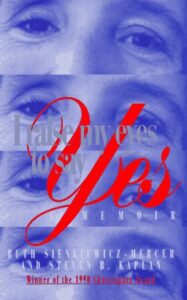 Ruth worked on her autobiography with Steven Kaplan, who she met when he was her teacher and then became her friend.

They painstakingly worked together using word boards, making sure that each word, each phrase, was precisely what Ruth wanted to say. Ruth’s story, in her own words.

This book, albeit very sad and heartbreaking at some point, is a MUST read for anyone.

No human being should be dismissed, and everyone deserves to be treated with dignity and respect.