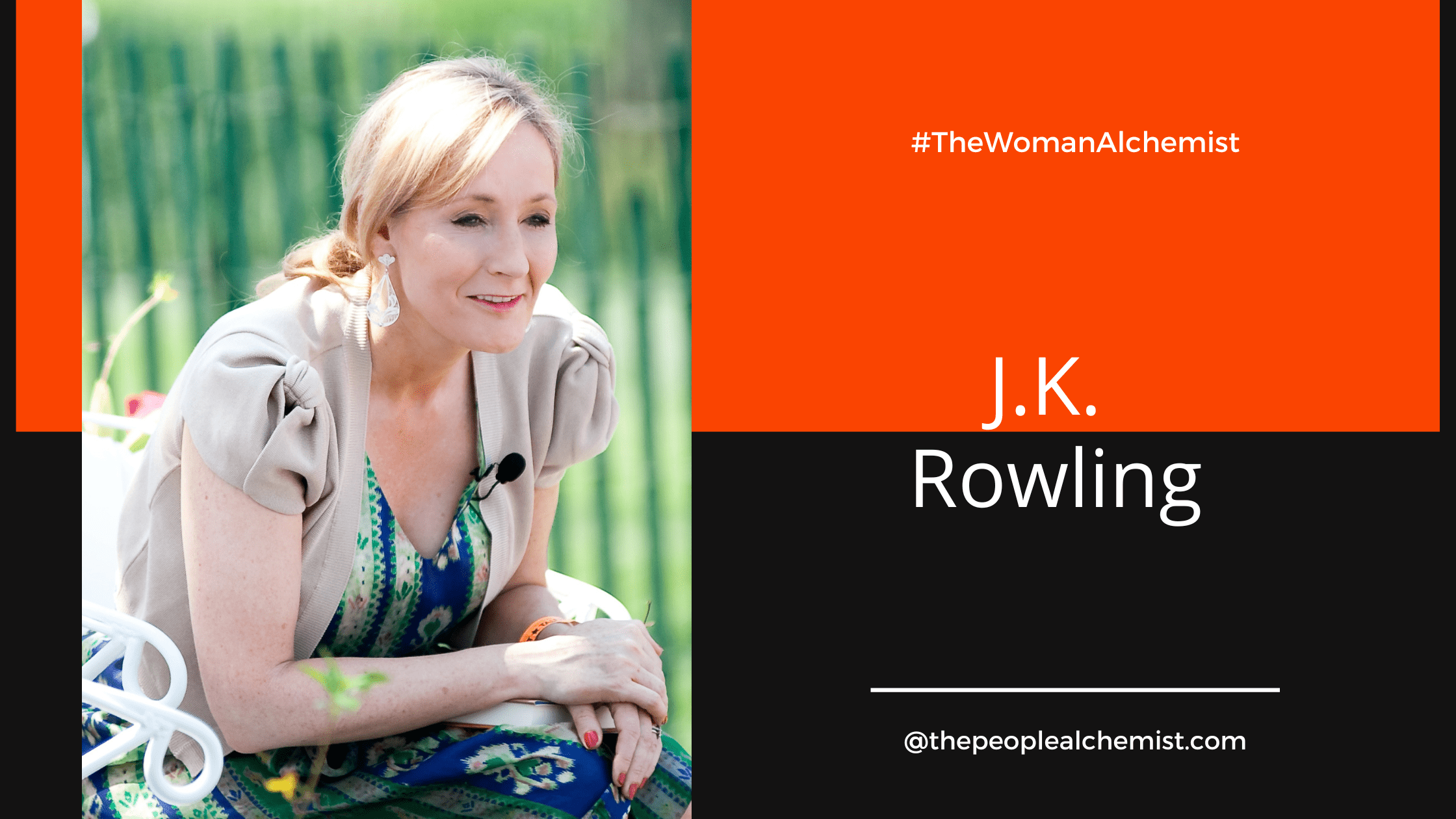 Hello and welcome to #TheWomanAlchemist monthly feature for July; this month is the turn of J K Rowling, the British author of the globally acclaimed series Harry Potter.

Joanne Kathleen Rowling was born near Bristol, England, on July 31, 1965. She graduated from Exeter University in 1986, after which she started working for Amnesty International in London.

The legend goes that Harry Potter’s original pitch was rejected 12 times before finding its home and was published by Bloomsbury in the United Kingdom and Scholastic Press in the United States.

Harry Potter’s first book in the series was an immediate success, appealing to children, the targeted audience, and adults. Rowling’s imaginative storyline and vivid descriptions are captivating. The story narrates the adventures of the unlikely hero, a lonely orphan. Then, out of the blue, he discovers he is a wizard and gets to discover a whole new world when he is invited to enrol in the Hogwarts School of Witchcraft and Wizardry.

The Harry Potter series was a massive success with children and adults alike and was adapted into film versions from 2001–11 and became some of the top-grossing movies in the world.

These are the books in the series:

Rowling also wrote the accompanying volumes Fantastic Beasts & Where to Find Them (2001), Quidditch Through the Ages (2001), and The Tales of Beedle the Bard (2008)—all of which appeared as books that Harry Potter read within the fictional world of the series.

Rowling later co-wrote a story basis for the play Harry Potter and the Cursed Child. The play premiered in 2016 and became a critical and commercial success, winning an unprecedented nine Olivier Awards. The book version of the script was then published in 2016.

The play moved to Broadway in 2018 and went on to win there six Tony Awards.

J.K. Rowling became an Officer of the Order of the British Empire (OBE) in 2001 and a chevalier of the French Legion of Honour in 2009.

During the COVID-19 pandemic, she serialised a new children’s book, The Ickabog, for free online, which was then published – a fairy tale on “truth and the abuse of power.”

The Ickabog is one of the four books I am ready this month, and I thoroughly enjoy it. I love how she writes about magical things and deals with universal topics simultaneously.

I’ve chosen J K Rowling for many reasons. Firstly, of course, because of her excellent writing: her storytelling is compelling: she has a way of making scenes come alive in your imagination. Secondly, her rags to riches story is inspirational – she makes me believe that you can achieve what you want by staying true to your compass, vision, and perseverance.

I know there has been controversy about her tweet commenting on the “people who menstruate” op-ed. Firstly, I do not believe that recognising that people who menstruate are called women is not an insult to the transgender community. After all, no one else does. Secondly, if we advocate freedom of speech but try to eradicate anybody who expresses their opinion that we don’t agree with, and with that eradicating the validity of all their work, we don’t really believe in freedom, do we?

Finally, this blog recognises women writers’ contributions, and nobody, NOBODY, can cancel hers.

So Happy Birthday, J K, and thank you for making this world more magical with your books.

Let me know who is your favourite woman writer in the comments.

I’ll see you next month with #TheWomanAlchemis feature for August.