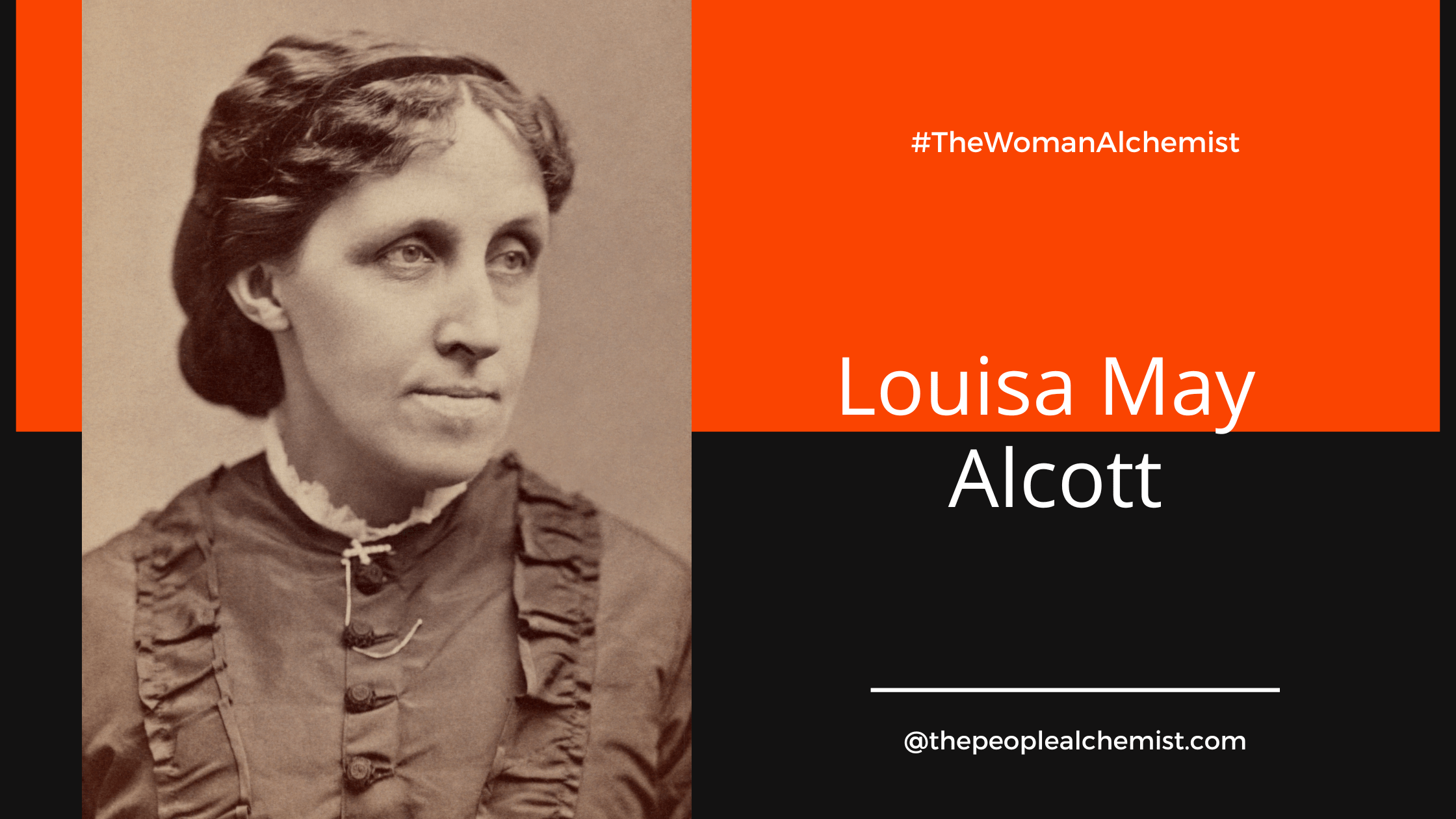 Hello and welcome back to the #TheWomanAlchemist monthly feature for November  Louisa May Alcott, the well-known author of children’s books Little Women (1868) and its two sequels Little Men (1871) and Jo’s Boys (1886).

Louisa May Alcott was born on 29 March 1832 in New England. She was raised in a transcendentalist environment and grew up surrounded by people like Ralph Waldo Emerson and Henry David Thoreau. They were two of the most famous and influential transcendentalists. Her father schooled her father to start at his Temple School in Boston and, later, at home.

The Alcott family suffered from financial difficulties. Alcott worked to help the family from an early age; she worked as a domestic, briefly taught and finally wrote, for which she started receiving critical success in the 1860s. Hospital Sketches (1863), the collection of her letters in book form, gave her the first taste of fame, after which her stories started to appear in The Atlantic Monthly.

When she started, she wrote under pen names like A. M. Barnard, under which she wrote short stories and novels for adults focusing on passion and revenge.

As her career progressed, so did her work depicting strong, self-reliant, imaginative women. After the American Civil War started, she volunteered as a nurse but unfortunately contracted typhoid and had to return home. After that, she was never completely well again.

Alcott never married. She cared for her mother and her father in the last years of her life. She died in Boston from a stroke two days after her father’s death on 6 March 1888.

In 1968 – 1969 she wrote the semi-autobiographical inspired Little Women, which became an immediate success. The book describes the domestic adventures of a New England optimistic family of modest means through the four sisters’ differing personalities and fortunes (Meg, Jo, Beth, and Amy March). It follows them as they come out from childhood and encounter the mutability of employment, society, and marriage. It created a lifelike and wholesome picture of family life which people could quickly identify.

Alcott wrote other stories drawn from her experiences:

Alcott’s children’s books for younger readers have remained steadfastly popular. Additionally, the republication of some of her lesser-known works in the 20th century renewed critical interest in her adult fiction.

For example, the Gothic tales and thrillers that Alcott published pseudonymously between 1863 and 1869 became a collection republished as Behind a Mask (1975) and Plots and Counterplots (1976). Another unpublished Gothic novel from 1866, A Long Fatal Love Chase, was published in 1995.

Alcott was a feminist, an abolitionist and active in reform movements such as temperance and women’s suffrage all her life. An inspiration for many.

Happy Birthday, Louisa, and thank you for paving the way.