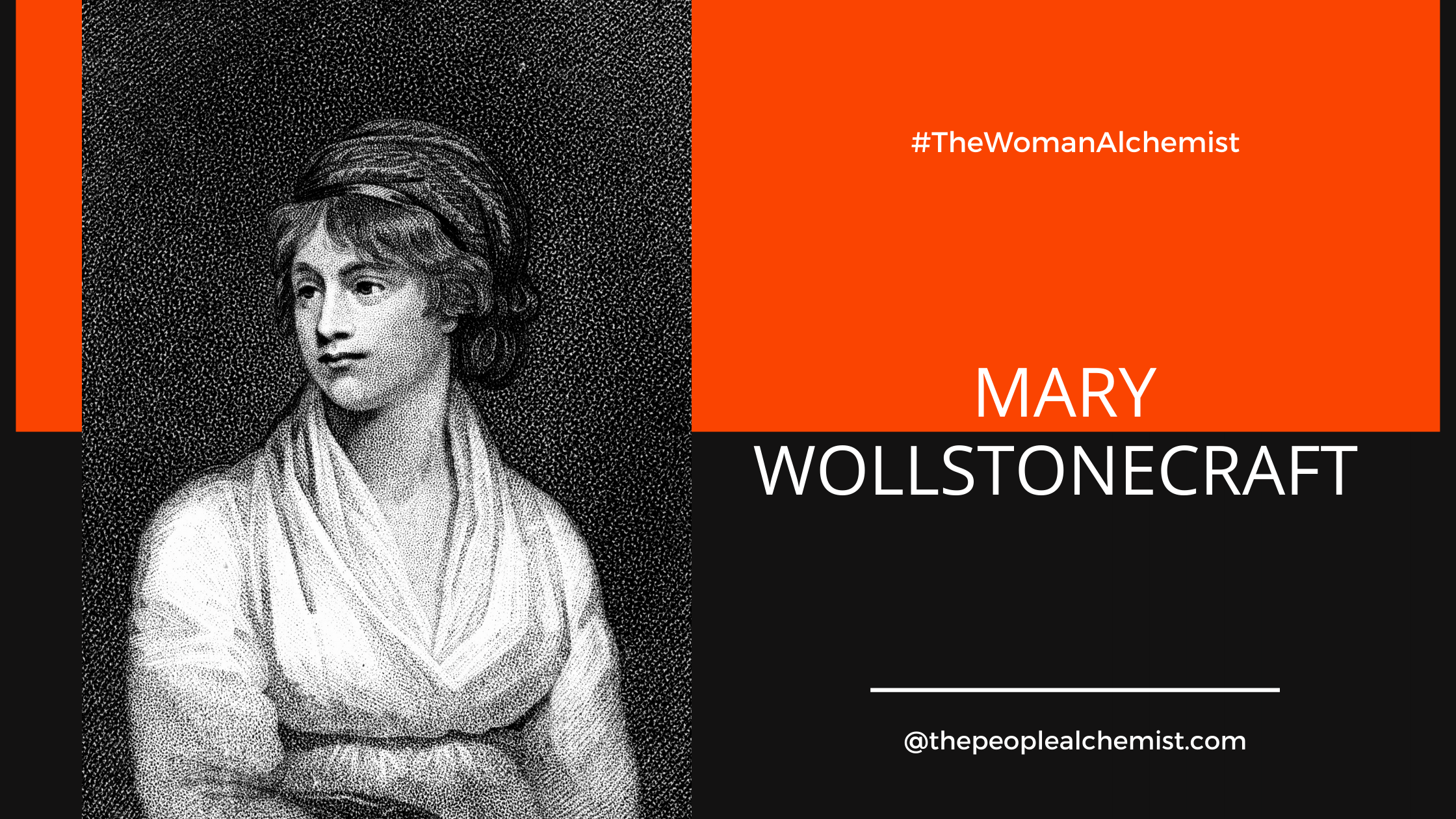 Hello and welcome to another #TheWomanAlchemist monthly feature. From now on, I’m going to use this monthly feature to pay tribute to women writers and their contributions, starting with Mary Wollstonecraft.

Mary Wollstonecraft was an English writer born in London on April 27, 1759. She was born during the Enlightenment period, which advocated the use of reason to obtain objective truths. Wollstonecraft was self-educated. She used her accomplishments to demonstrate a woman’s talent for independent thought and academic excellence and her radical ideas about the necessary equality of female and male education.

A VINDICATION OF THE RIGHTS OF WOMAN

The ideas in this book were truly revolutionary at the time. They caused tremendous controversy. Why?

Firstly, Wollstonecraft purported that reason and rationality are present in both men and women. Secondly, therefore, women must be allowed to contribute to society. And finally, be educated. If they were not given this opportunity, social and intellectual progress would halt.

She abhorred the notion that women are helpless household adornments. Instead, she said, society breeds “gentle domestic brutes”. A confined existence makes women frustrated. Because it transforms them into tyrants over their children.

Educational reform is key. And giving women the same educational opportunities as men.

“My main argument is built on this simple principle, that if she is not prepared by education to become man’s companion, she will stop the progress of knowledge and virtue”-

(Wollstonecraft’s dedication letter, The Vindication of the Rights of Woman).

Wollstonecraft died in 1797 following the birth of her second daughter, Mary. In 1816, Mary (Shelley) went and published the masterpiece Frankenstein.

I’ve chosen Wollstonecraft because she was a great writer and a pioneer of women’s rights and female education.

However, it pains me that 200 years after her 1792 polemic book, we are still arguing about equal pay, body image, female aspiration, and authorised social constructions of ‘femininity’ and ‘masculinity’.

I salute you, Mary, for paving the way, thank you and Happy birthday (27 April).