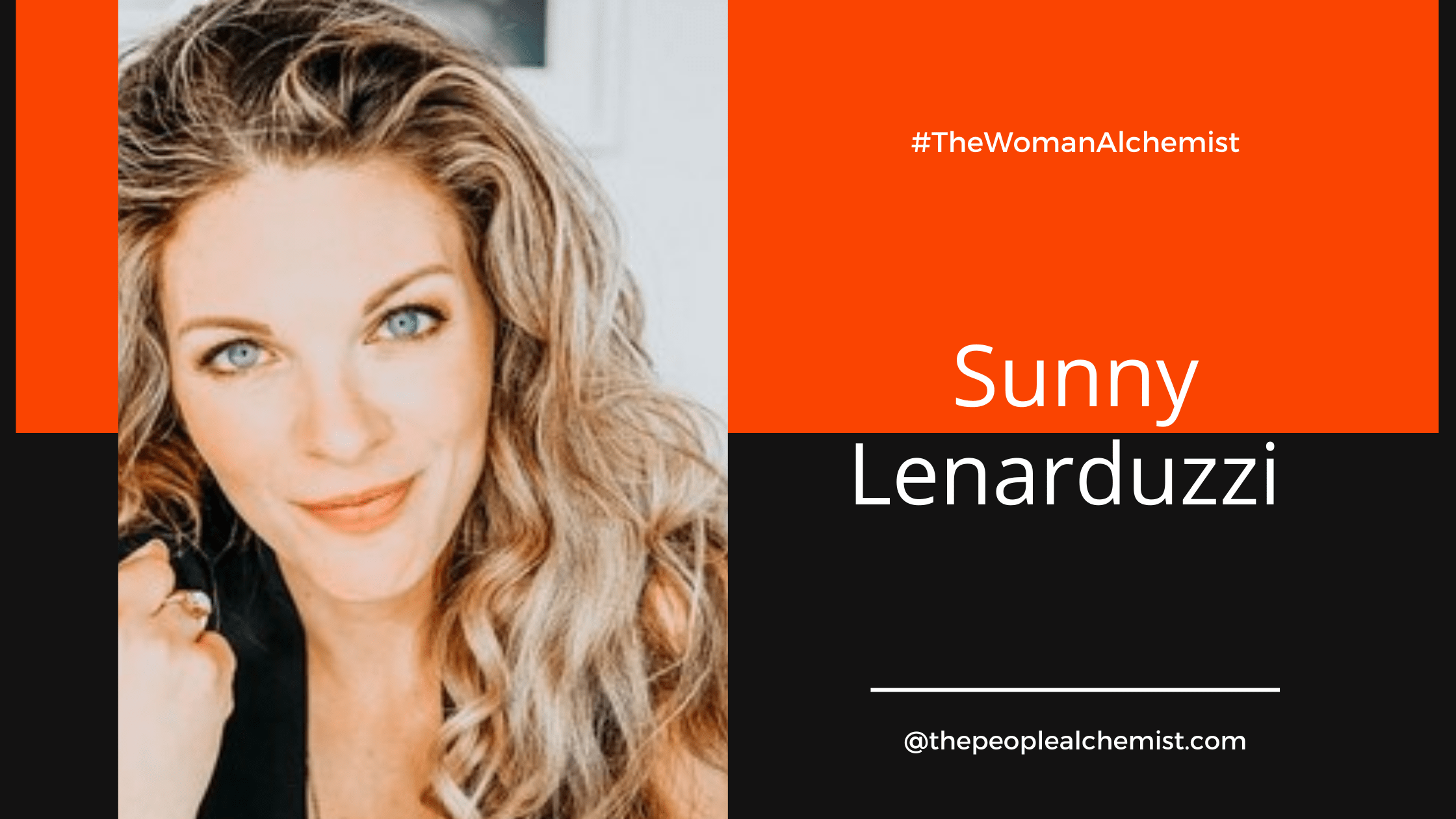 “Test, fail, learn, grow, repeat” is the multimillion-dollar mantra of Sunny Lenarduzzi, #TheWomanAlchemist for this month.

Sunny has gone through an incredible journey from social media consultant to entrepreneur and eight-figure course creator.

She is a testament that you should never quit. That’s right. Believe it not; she almost quit what has now turned out to be the goose with the golden eggs (her first YouTube video was kind of a failure).

Her mantra is an important reminder that mistakes aren’t just inevitable in the world of entrepreneurship. Instead, they’re essential for growth.

Sunny started her career at a radio station in a low paid job, following in the footsteps of her icon, Oprah Winfrey.

She then moved to television in various reporting jobs with little creative freedom and control over the schedule. And so she started a side hustle, an online magazine for men. It took a lot of time and effort but only managed to make $500 off of it thanks to ad revenue.

The online magazine wasn’t a success, but it allowed Sunny to grow a social media audience. And attract the attention of clients who wanted her to manage their social media strategy and outreach. Working multiple jobs was, however, exhausting and unsustainable.

So, even though she had been promoted to the so-called “dream job”, she quit working for the station after six months and put all her energy into being her own boss using her many years of experience and many clients under her belt.

YouTube was a happy accident. Her clients kept asking the same questions about their social media accounts, so Sunny decided to make a few videos to answer her clients’ questions.

The rest is history, so they say. The channel took off.

Sunny often talks about two big mistakes she made in her entrepreneurial career, which we should all pay attention to, both career people and/or entrepreneurs.

After that experience, Sunny started focusing on building a business that worked for her and not against her. Doing something she calls “subtracting your way to success.” She fired clients, shut down parts of her business and turned herself into the queen of saying “No.”

Doing less but earning more and have a more significant impact. For example, spending time on revenue-generating activities.

This is key for all entrepreneurs: generating income allows not only freedom of time but also the freedom to invest in things that you care about.

And generating eight figures plus in her business has enabled Sunny to empower other female entrepreneurs whose businesses need a hand to become the CEOs of their lives.

WHAT I LOVE ABOUT SUNNY

I love how generous she is with her free content on YouTube delivering real value to people. Many of her videos could classify as training that other people get paid for.

I love how open honest, and vulnerable she is with her audience, talking about some pretty painful and personal stuff. Showing that you can be vulnerable and strong and successful at the same time. Redefining what a successful entrepreneur is. And she shares her successes. Women need to see other women who have succeeded.

I am incredibly passionate about helping other women to break through barriers limiting their personal and professional fulfilment.

So go, “Test Fail Grow Learn Repeat” – turn your circumstances into gold like Sunny, like #TheWomanAlchemist in you waiting to come out.